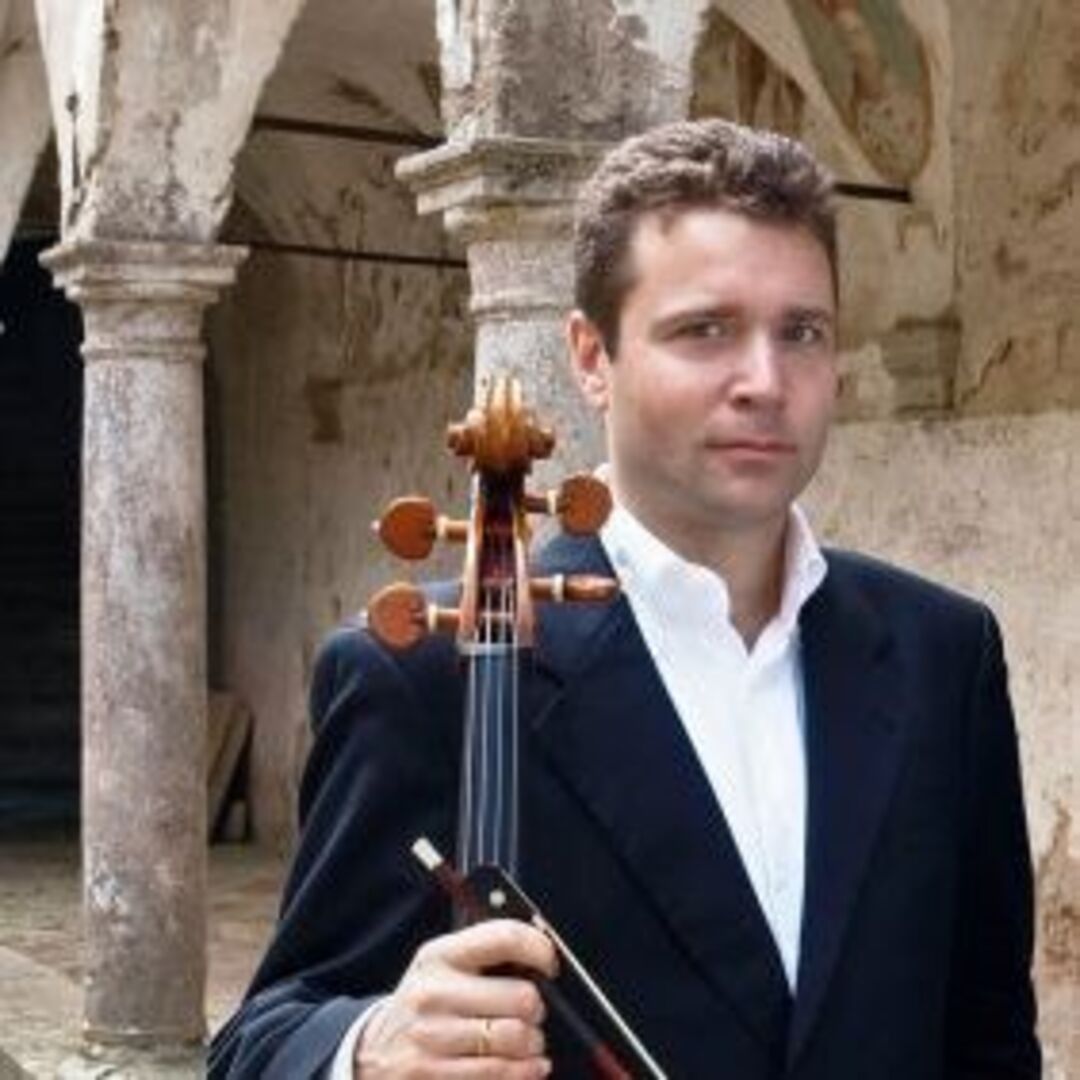 Mattia comes from a well-known family of musicians in Ticino and began his study of the cello at the Lugano Conservatory, where he earned his educational degree in 1993.
Mattia became a scholarship holder of the Pierino Ambrosoli Foundation and the Migros Genossenschafts Bund at New York’s Juilliard School where he studied with the famous music pedagogue Prof. Harvey Shapiro.
He earned his soloist degree in 1998 with distinction at the Basel Music Academy.
The previous year he was accorded the European Music Prize for Emerging Artists for "artistic talent and excellent achievement".
From 2000 to 2002, Mattia Zappa performed as a solo cellist in the famous chamber orchestra Festival Strings Lucerne and has had a permanent position at the Zurich Tonhalle Orchestra under the direction of David Zinmann.
At the same time, Mattia performed internationally as a highly regarded soloist and worked in various chamber orchestra formations such as the Mainolfi/Zappa Duo and the Goldberg Trio.
Mattia Zappa had his New York debut recital in March, 2001 at the Weill-Carnegie Hall and also had his Berlin debut at the chamber music hall of the Berlin Philharmonic with Max Mainolfi as a duo.
Mattia organized with the pianist Massimiliano Mainolfi the Soweto project. The duo Zappa/Mainolfi gave a non-profit concert at the famous Carnegie Hall, New York, in 2009, which enables poor children to frequent the Melody Music School in Soweto.
The Pierino Ambrosoli Foundation supported this project.
In January 2010, Mattia and Ina Dimitrova played the famous Brahms Double Concerto with the Symphony Orchestra Zurich Tonhalle in Zurich with great success.

In May 2013 Mattia plays with Ivaylo Kovachev, piano, as Chamber Jazz Duo at the 13th Concerti di San Martino, Ronco sopra Ascona, works by Johann Sebastian Bach, Nikolai Kapustin, Jaco Pastorius, Pat Metheny and Joe Zawinul.
Starting on the academic year 2012/2013 Mattia is teaching at the Conservatorio della Svizzera Italiana in Lugano.
Mattia Zappa plays on a Florentine G.B. Gabrielli Cello from 1758, which was partially financed by the Pierino Ambrosoli Foundation.
2014 Mattia plays at the Tonhalle LATE event in the foyer of the Tonhalle Zurich with dOP (Circus Company) with the musicians of the Tonhalle Orchestra Zurich. He participates at the Japan tour of the Tonhalle Orchestra Zurich, in Fukuoka, Nagoya, Osaka, Sapporo, Niigata, Tokyo and Seoul (South Korea). Soloist is the famous violinist Gidon Kremer. In May the Concerti in San Martino 2014 takes place in the Chiesa di San Martino Ronco sopra Ascona. New is the CONCERTO EXTRA with the program Classic Plus: original transcripts crossover between classical and jazz music for clarinet and cello. In June 2014, a CD recording takes place, a co-production of the Bavarian Radio & Claves Records, Lausanne, with works by Sergey Prokofiev, Dmitri Shostakovitch, Alfred Schnittke with the duo Zappa.Mainolfi at the Studio 2 of the Bayerischer Rundfunk, Munich. At the Zurich Festival 2014 at the KammermusikTag on the subject of chamber music in the 20th century, the duo interprets the Sonata for cello and piano no. 1 by Alfred Schnittke.

In 2016, Mattia has recorded a new CD with works by Franz Schubert, Antonin Dvorak and César Franck in 2016 with his cello & piano "Duo Zappa.Mainolfi". The very inspired recording will be published in the catalog of etiquette DECCA-Universal as the first part of a trilogy. In February, the duo Zappa.Mainolfi was on tour for the seventh time on a concert tour in South Africa, and in November Mattia, as a member of the Tonhalle Orchestra Zurich, took part in a very successful South American tour through Argentina, Uruguay and Brazil. With his jazz duo Zappa.Santilli, together with the clarinetist Marco Santilli from Tessin, the cellist gave various concerts in 2016 all over Switzerland. He also performed there with Solorecitals with the cycle of the 6 solo suites by Johann Sebastian Bach and with his own improvisations. As a soloist, he played several times with the Orchestra della Svizzera Italiana in the framework of the Ticino DOC festival in Mendrisio and Lugano, with live radio transmissions on RSI RETE 2.