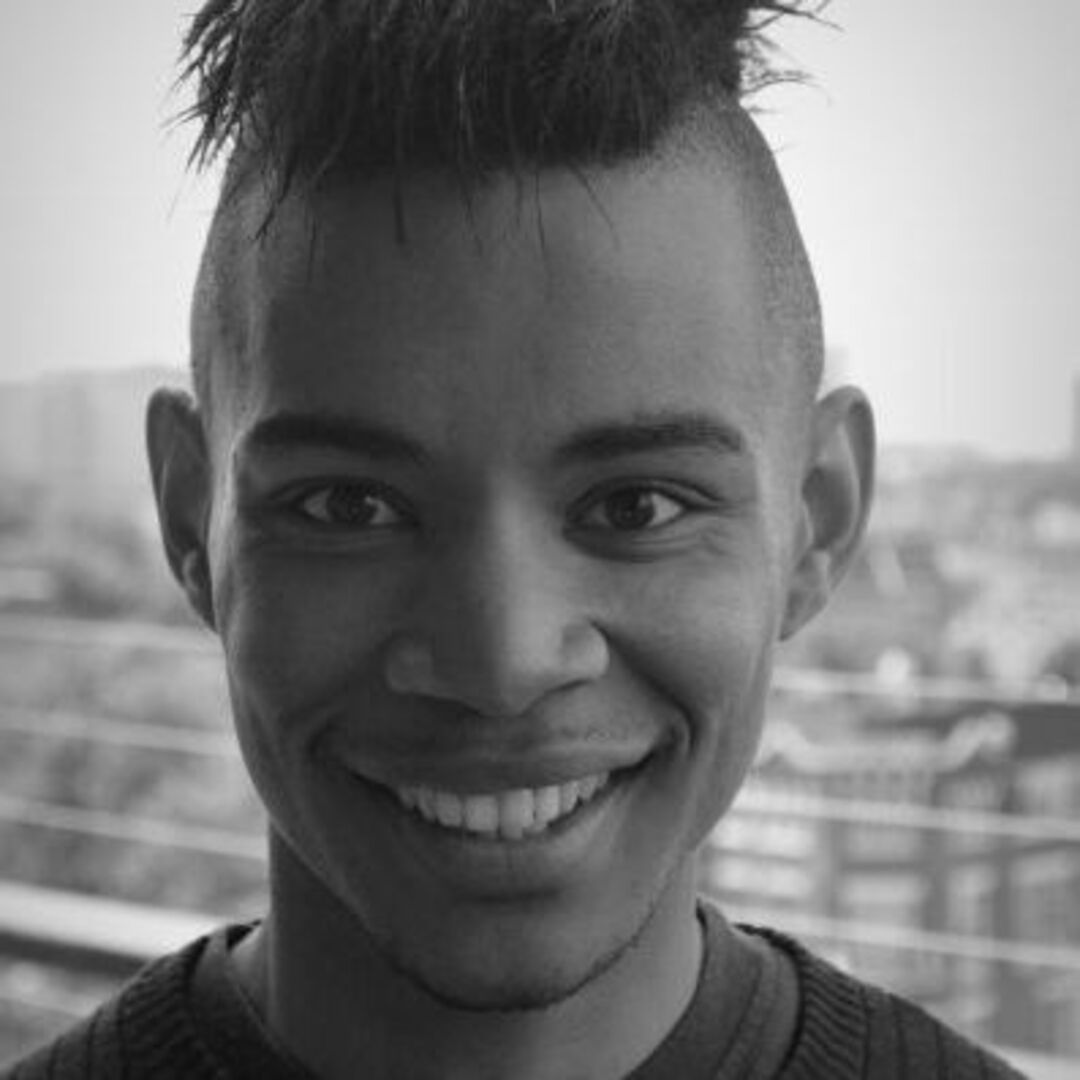 Kirvan comes from Cape Town and starts dancing in 2002 when he joins the dance section of the Field Band Foundation, a non-profit organization that teaches life skills through the mediums of music and dance. He gets funds from the National Arts Council South Africa. After he completes his studies in South Africa he is working as a freelance dancer and teacher.

In 2006, he is appointed as the dance tutor of the Cape Whalers Field Band in Macassar. As the dance tutor he taught a group of 40 dancers ranging between ages 7 and 21. With no formal dance training he successfully auditions for the University of Cape Town School of Dance.

In December 2012, he graduates from UCT School of Dance with his Dance Teachers in Classical Ballet. At UCT he trains in ballet, contemporary and African dance. In the three years studying at UCT he works with several professional South African companies and choreographers.

June 2012, he tours to Amsterdam to perform at the International Theater School Festival, which is where he saw Codarts perform. He immediately knows that is going to be his next step, going to Codarts University.

Since September 2013, Kirvan is studying at Codarts University for the Arts in Rotterdam at the second year level in the Bachelor of Dance Program with the goal to become a professional dancer. For the school year 2014-15 the Pierino Ambrosoli Foundation grants Kirvan a scholarship for his third year training at Codarts. For his fourth and final year of training 2015-2016, coupled with an internship with the world-famous choreographer Krisztina de Châtel, he again receives a scholarship from the Pierino Ambrosoli Foundation.

After completing his education at the Rotterdam Dance Academy Kirvan is chosen to stage his own play at the Baxter Dance Festival as part of the main program. The work will be carried out by members of the Cape Town City Ballet and freelancers from Cape Town. A second project is a new creation of the Afro Vibes Festival in the Netherlands, which will travel to Rotterdam, Utrecht and Amsterdam. The work is performed by the Vuyani Dance Theatre (Johannesburg) and Codarts University for the Arts.

From June 9 to 11 2017, Kirvan presents his choreography Silver & Gold (You & I) with dancers of the Cape Town City Ballet at the Artscape Opera House in Cape Town, South Africa with great success together with the new creation Earthwalker of the Cape Town Ballet and the Cape Junior Ballet.

Kirvan participates in the documentary The Making of a Dream of the Pierino Ambrosoli Foundation.

After getting back to South Africa he becomes a founding member of the House of Le Cap, South Africa's first ballroom house, in 2017. As an LGBT activist, Fortuin hosted Africa's first Vogue Ball on World AIDS Day to raise awareness and fund for the LGBT community affected by HIV.

In 2019 Fortuin gets awarded the Ministerial Award for Outstanding Contribution to Preservation and Promotion of an Indigenous Art Form from the Western Cape Government.

On the 13th of June 2020 the sad and upsetting news about the death of Kirvan leaves us and the global dance scene speechless. His bubbly and inspiring personality will be sorely missed.