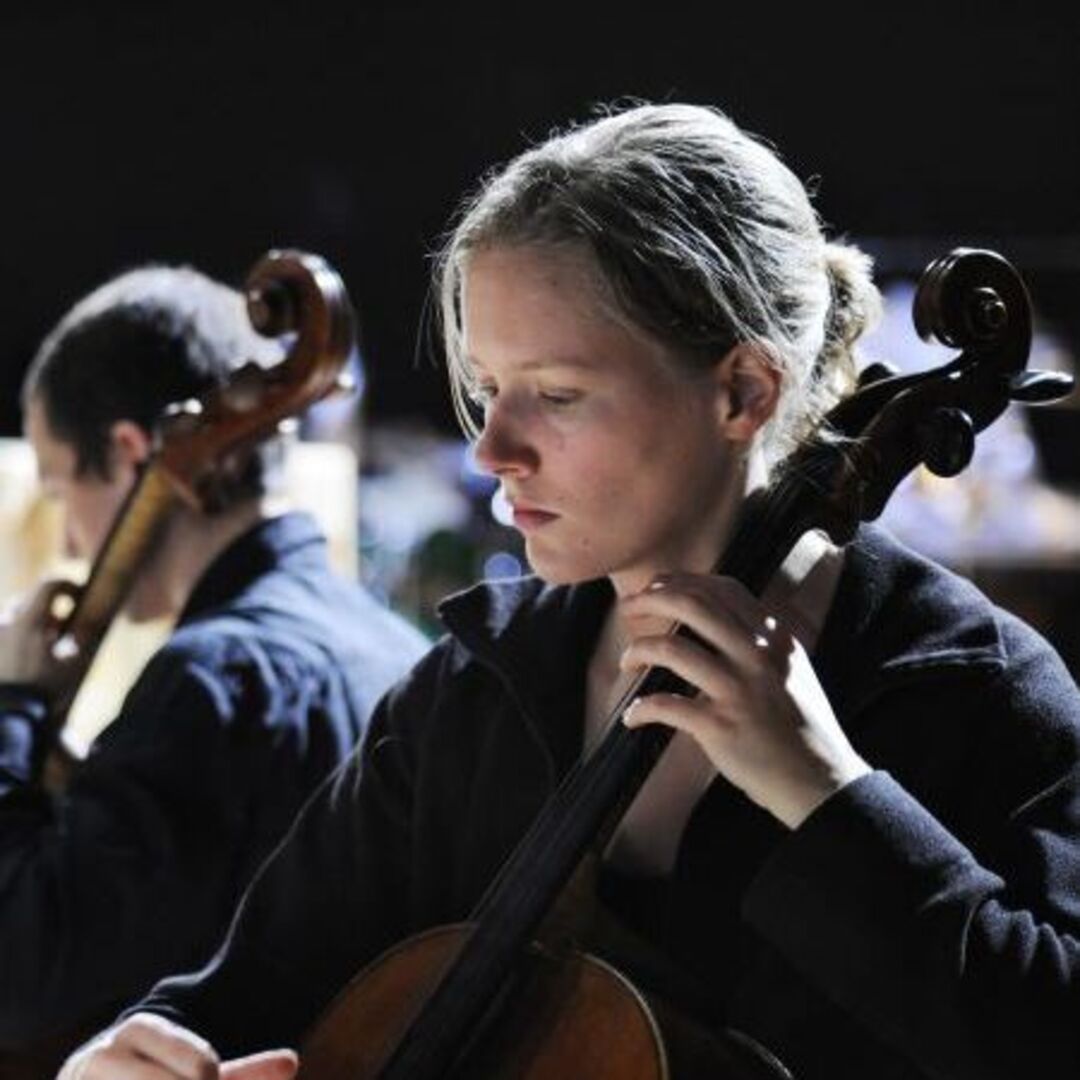 2010 - With her graduation concert, a recital with several contemporary works, Karolina finishes her studies at the Zurich University of the Arts (ZHdK), supported by the Pierino Ambrosoli Foundation. This concert takes her on with her colleagues Mari Kawagishi, Andreas Janke and Erika Öhman.  At the Competition for Contemporary Music at ZHdK Carolina wins the "1. netzhdk-art award". In November she was admitted to the Migros Kulturprozent concert agency, which arranges solo recitals and other concerts for her.

2011 - Karolina Öhmann studies cello in the quartet class of Prof. Rainer Schmidt and the former class of Prof. Thomas Demenga. She wins the very much-appreciated Kiefer Hablützel Foundation and the Swiss Association of Musicians music awards 2011.  At the auditions of the Friedl Wald Foundation Karolina, class of contemporary music by Prof. Mike Svoboda, was awarded a scholarship.

2013 - Karolina gives concerts among others in Cernier, the Abbaye de Royaumont, at the Minnie Hauk Hall, Schlödssli Wartegg, Lucerne, and the Swiss Foundation for the Vocal Arts, Basel, and her own concert in the exhibition space Klingental in Basel with works for solo cello by Jannik Giger, Matteo Riparbelli, Ricardo Eizirik, Tobias Eduard Schick and Luzia von Wyl.

With the trio Sæitenwind a concert takes place at the SAFE company center in Basel as well as in the hall of the Kunstkeramik, Ebikon/Luzern. With the ensemble neuverBand, an international chamber ensemble of Basel for contemporary music, Karolina gives concerts at the Pantographs, Moutier, Gare du Nord, Basel, with Jelica Mijanovic, guitar, and in the local culture centre ONO, Bern. As part of the Culturescapes Balkan Festival neuverBand plays a combination of works by established and younger composers from Slovenia.

2014 - Karolina gives a concert with Paolo Vignaroli, flute, at the 2nd International Contemporary Music Festival reMusik in St. Petersburg at the Alexandrinsky Theater under the motto: new music from the other Europe. As part of the Tage für neue Musik Karolina gives a concert at the Rote Fabrik in Zurich. She performs internationally as a performer of contemporary music and wants to bring an interest in contemporary music closer to people.